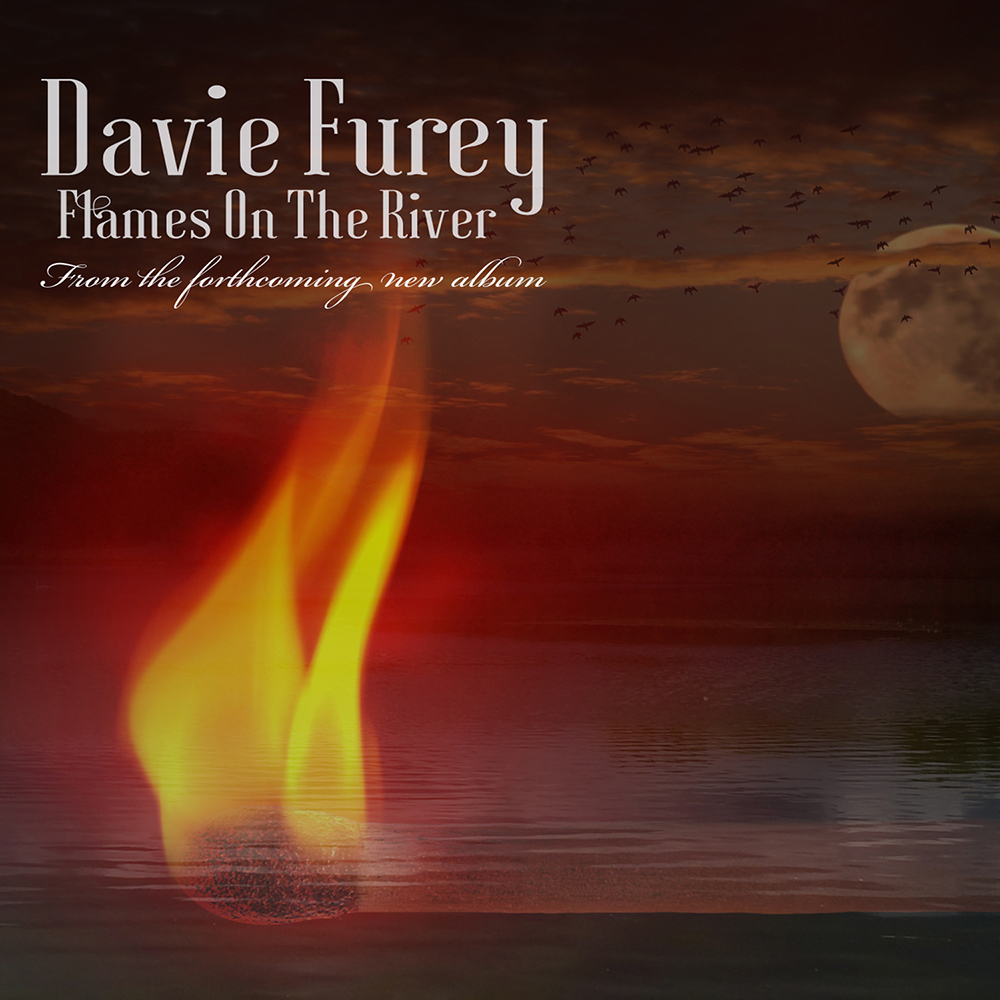 Flames On The River is the second single from Davie’s forthcoming album. The first single Secret Light received huge airplay support helping it go straight to No1 on iTunes (singer/songwriters charts).

The song is inspired by Trumps’ destruction of America and subsequent response from those inspiring kids who were caught up in the school shooting in Florida. “The lyrics are not an in your face protest song, I wanted to say it differently” Davie says. They do however represent a resistance to Trumps’ policies, in particular immigration, The NRA and Syria. “Bound by fear, you know I can’t look back. The past is near and under attack.” Whether we like or not, what happens in The White House reverberates around the world. “Can you feel it?” Can you feel the change that could happen, the momentum, the togetherness that can overcome this tyrant in the White House.

“So it’s a song of revolution, a song of protest, a song of praising courage, a song of defiance, a song that says you can’t do what you like in the name of people you are supposed to represent.”

Fureys’ debut album ‘Easy Come Easy Go’ was very well received in audiences across the country having been showcased by RTE, BBC Radio both home and abroad, resulting in a worldwide publishing deal with Universal Music. Nominated three years in a row by The Pure M Awards, for Best Newcomer, Best Male Artist and Best Irish Solo Act. Davie’s knack for telling a story through song and his ability to engage a crowd have resulted in many sold out shows on his previous tours.